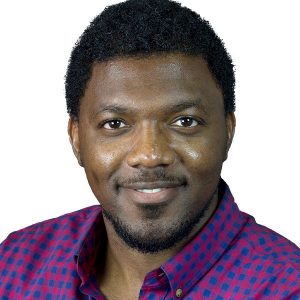 Swindon, UK. – 11th February 2019 – Recycling Technologies, specialists in feedstock recycling of residual plastic waste, today announced that Marvine Besong has been appointed to the position of Technical Director and is leading the global technical development of its innovative feedstock recycling machine, RT7000. Marvine’s promotion comes at a time when Recycling Technologies prepares to expand operations and commence the commercial manufacturing of the RT7000

Marvine brings nearly a decade of experience to his new role as Technical Director for Recycling Technologies and since joining the company, in February 2015, he has been instrumental in helping define and deliver the Beta Plant which the Company operates in Swindon. His focus will now be on further enhancing Recycling Technologies’ specialist capabilities and ensuring the development and productivity of the RT7000 which will enter production this year, with the first machine being installed in Binn Farm in Perthshire, Scotland, late 2019.

Commenting on his appointment, Marvine says “Increasing the sustainability of plastics is one of the most important topics in the waste, packaging and petrochemical sectors and I’m proud to be part of an organisation leading the recycling revolution for currently ‘hard to recycle’ plastics and converting plastic back to oil. Recycling Technologies’ goal is to install 1300 RT7000 machines worldwide, capable of diverting 10million tonnes of plastic waste from landfill or incineration. Continuous improvement and the development of our technology is key to achieving its vision, starting with our initial fleet of twelve machines. These will be mass-assembled and installed in waste centres, enabling our customers, the waste operators, to improve recycling rates and make cost savings.
Marvine has a master’s degree in Chemical Engineering from the University of Nottingham and a professional certificate in Plant Layout and Piping design from the Engineering Institute of Technology. Before joining Recycling Technologies four years ago, Marvine was working for Lasershape Ltd as a project lead and engineer of design and planning.

Adrian Griffiths, CEO, Recycling Technologies comments: “Marvine is a proven leader and his promotion is testament to his talent and track record in the design and delivery of our pilot Beta Plant. As a valued member of the Recycling Technologies’ team, in his new role Marvine will play a vital part in continuously developing our research centre and the effectiveness of our machines to recycle plastic and convert it to Plaxx. Marvine has been essential in the progress of our economically attractive RT7000 machine that converts plastic into a valuable oil and reduces waste to landfill. He is now leading our talented team of engineers and scientists to ensure that our 2019 plans are on time and to the high quality our investors expect.”

Feedstock recycling of plastics combined with existing mechanical recycling has the potential to address the global anxiety over the economic waste and environmental damage associated with waste plastic. In the next ten years, Recycling Technologies’ goal is to install 1300 RT7000 machines worldwide, capable of diverting 10million tonnes of plastic waste from landfill or incineration and quadrupling the recycling capacity of the EU today.

If you want to be part of the recycling revolution, Recycling Technologies are recruiting in the technical team;

This Recycling Magazine article outlines how the UK, and global marine life, will benefit from a zero plastic ‘waste’ export goal

Interview with Adrian Griffiths on Sky News: Recycle plastic – by turning it back into oil

This website uses cookies to improve your experience while you navigate through the website. Out of these cookies, the cookies that are categorized as necessary are stored on your browser as they are essential for the working of basic functionalities of the website. We also use third-party cookies that help us analyze and understand how you use this website. These cookies will be stored in your browser only with your consent. You also have the option to opt-out of these cookies. But opting out of some of these cookies may have an effect on your browsing experience.
Necessary Always Enabled
Necessary cookies are absolutely essential for the website to function properly. This category only includes cookies that ensures basic functionalities and security features of the website. These cookies do not store any personal information.
Non-necessary
Any cookies that may not be particularly necessary for the website to function and is used specifically to collect user personal data via analytics, ads, other embedded contents are termed as non-necessary cookies. It is mandatory to procure user consent prior to running these cookies on your website.
SAVE & ACCEPT