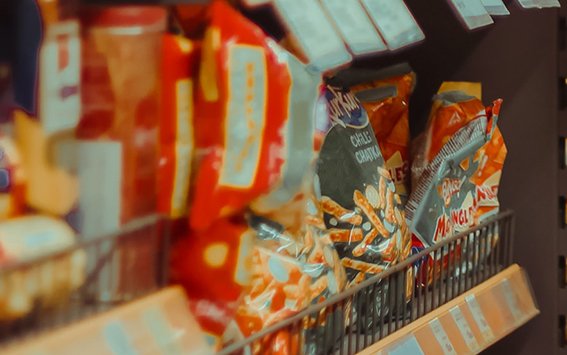 By Helena Horton, Read the article on The Telegraph here

Robotic arms, artificial intelligence and a machine that can melt down crisp packets and cling film could all increase the UK’s recycling capabilities tenfold over the next decade.

The new technologies are being trialled by some of the country’s biggest recycling companies as worries over the plastic waste crisis mount.

One company has developed a machine which can melt down plastics that cannot currently be recycled, including cling film, crisp packets and plastic pouches. This uses pyrolysis to convert mixed plastics back to an oil, which can then be used to make new products.

This process takes a mixed bag of plastics, heats it in an oxygen free environment, it breaks up the long hydrocarbon chains into shorter chains. This eventually creates a wax.

Recycling Technologies, based in Swindon, has now sold one such machine, the RT7000, to a local authority in Scotland and hopes to transport this across the UK. They say this machine alone could double the UK’s recycling capabilities by 2027.

In a current trial with 10 Tesco stores in the South West, shoppers can take back to stores ‘soft plastics’ comprising films, all plastic bags, wrappers and crisp packets – this waste will then be sent for processing in Recycling Technologies’ pre-production plant.

Bronwen Jameson, the company’s head of communications, told the Telegraph: “We currently do it at a pre production scale here in Swindon.

“We are planning our first commercial plant in Scotland next year. This will be the first of its kind in the UK,

“This machine should be able to be mass produced and can be taken anywhere in the world.

“It’s transportable and we build it centrally for installation at waste plants around the world.”

Veolia, one of the UK’s largest waste management companies, works with 25 local authorities across the UK and is currently trialling artificial intelligence at its plant in Southwark, London. The technology reduces human error as cameras take thousands of pictures, which together with X-Ray technology feed back exactly which types of plastics are in the pile.

Richard Kirkman, head of innovation at the organisation, explained: “Technology at the sorting sites used to be all manual, we have now recently moved to infra-red technology, now we are all about collecting more data, fitting cameras around the sites, taking pictures of what comes through, taking millions of snapshots, putting that through an algorithm to tell us exactly what we have and what can be recycled.

“We can then send data back to tell people what could be recycled, and if it couldn’t, why.

“We are using X-Ray machines to look through the pile of waste and see what’s there. We are using Artificial Intelligence now to see what plastic we have and whether it can be recycled.”

Mr Kirkman added:”We need to get from eight per cent up to 90 per cent recycled plastic. It’s going to take 10-15 years to go the rest of the way, it’s a long term change for the rest of the country.

The company is also trialling robotic arms to take apart electronics and salvage the recyclable materials.

He explained: “There are millions of flat screen TVs coming in every year and they were impossible to dismantle by hand. But now we are using robotic arms to dismantle TVs. If they are made by robots they should be dismantled by robots.”

Proud to have been selected by Barclays for its 'Backing the UK' campaign.

This article, on the Resource website, talks about how Viridor are to open a major recycling plant in Avonmouth

Recycling Technologies feature in this article, by waste360, about hard-to-recycle plastics