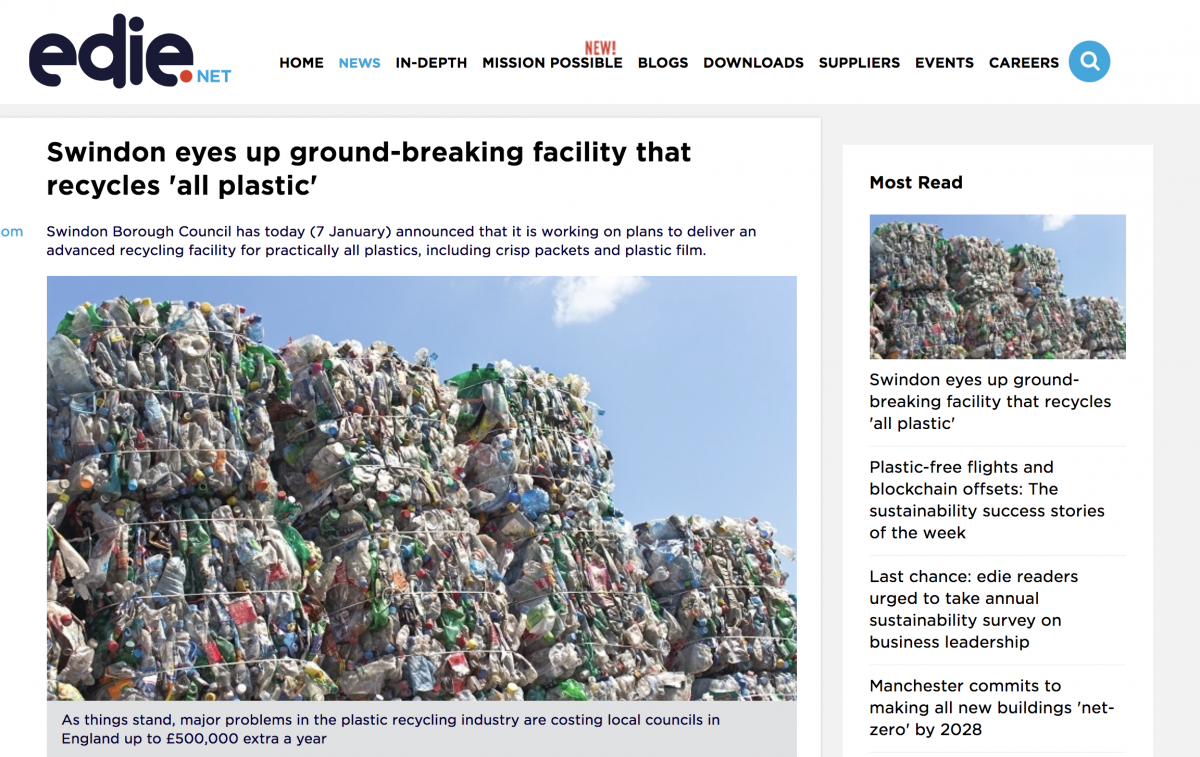 “Swindon Borough Council has today (7 January) announced that it is working on plans to deliver an advanced recycling facility for practically all plastics, including crisp packets and plastic film.

“The proposed facility would employ a feedstock recycling machine provided by specialists Recycling Technology, which can convert plastic waste back into oil, from which new plastics can be made.

“In doing so, it is said that Swindon would host the first advanced plastics recycling facility (aPRF) site in England, and the second such building in the UK.”

Read the full article on Edie.net

CLIX. Finalist in the Future of Energy category.

Interview with Adrian Griffiths on Sky News: Recycle plastic - by turning it back into oil

World-leading 'all plastic' recycling could be coming to Swindon

Swindon Borough Council plans to lead the way for plastic recycling in England.